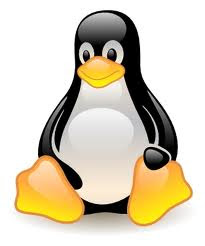 We're seeing a pretty good up-tick in Linux installations this year. It's also interesting to note that if you search for "Linux SCADA" or "Web based Linux SCADA" you'll get a load of stuff. There are quite a few open-source projects and one of them (not web based) is pretty comprehensive.
So when my old Windows desktop bit the dust I decided to get adventurous. I download and installed Ubuntu Linux 10.10 on the bum machine and then installed Ignition on top of that. I'm no Linux guy, but the installation was no big deal. By the way, if you haven't used Ubuntu before you should grab an old machine and try – it's pretty darn nice.
To install ignition I just downloaded the Linux zip file from the Inductive Automation website and followed the instructions in the README file. Obviously, it took longer than the three minutes it normally takes on Windows, but I doubt the install took over ten or fifteen minutes total. Once I got it installed I connected over the network to a PLC, created a simple screen and launched several clients across our network. That was fun and satisfying because I resolved in the beginning not to not ask for any help if I ran into problems.
The Future For Linux SCADA
Developing professional quality SCADA software on any platform is challenging because it involves a mixture of disciplines that are hard to gather in one place. It requires the grizzled old control system expert as well as several highly skilled software developers with diverse skills in UI development, database development, hardcore coding, driver development, cryptography (if you want a modern SCADA anyway), and a lot more. Now throw in the variable of supporting different operating systems and it can get so burdensome that multi-platform support is plainly not cost effective.
Since Windows is the dominant OS, developing on Windows is the only viable choice for most companies. It doesn't make economic sense to develop SCADA on several emerging platforms while gambling they might get popular. Viewing the field of established SCADA software providers bears this out. I think every major player supports Windows only, except Inductive Automation, which is written in Java so it runs on nearly any OS.
I can tell you this was a fortunate choice on our part because if we chose anything else, that would be it. We wouldn't be supporting any other platforms for economic reasons, just like the rest.
What about the open-source projects? Any potential there? I wouldn't hold my breath for the reasons given above in the fourth paragraph. Pulling together a team like that for free seems highly unlikely to me.
Posted by Steve at 8:00 AM

Linux has certainly come a long way in terms of user friendliness. Sadly, I just became a "mac guy" and just love it. Hopefully the X Windows experience continues to approach OSX in usability. As a new Linux user you should check out the "apt get" functionality from a command line - it's pretty sweet. Your system will download and install applications including dependencies. I wonder what it would take to get "apt get ignition" to work for an auto-magical download and install/upgrade.

I have a soft spot for open source projects. I have to agree with you on SCADA projects, there's just too wide a skillset and too (relatively) small a customer base. Without corporate backing, like OpenOffice, the momentum just can't exist. They do have excellent potential for specific libraries like individual drivers. It would be cool if someday Inductive Automation found it worthwhile to sponsor such development.