This is the wildest technology wave I've ever seen. No one wants to be left behind. But as I look over the IIoT landscape it looks mostly like a solution in 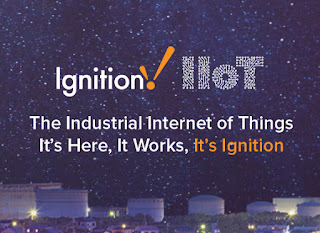 search of a problem. The Cirrus Link solution for Ignition is just the opposite.

The Cirrus Link MQTTEngine and MQTTDistributor modules for Ignition provide an out of the box, end-to-end solution which can be setup and running in a matter of minutes. What does it accomplish? It can publish (with MQTTEngine) industrial edge-of-network data to an on-premise or off-premise cloud (MQTTDistributor) and then subscribe to that data (MQTTEngine again) from any number of Ignition servers (for analysis and distribution to end-users). Other enterprise software can subscribe to this cloud data as well with access being determined by role and authentication level.

What's so special about this? Imagine tens of thousands of datapoints (from thousands of edge-of-network devices) all being delivered to any number of Ignition servers with second or sub-second response times even from low bandwidth and unreliable links. Imagine that the tags representing these tens of thousands of datapoints were created automatically in just a few seconds (not a few months) just by subscribing to the cloud and imagine that each tag can be configured with advanced alarms, with history, event scripts, etc. Now imagine that every datapoint is a bidirectional and stateful connection. That's the magical 40,000 foot view.

A third Ignition module by Cirrus Link (MQTTInjector) facilitates the simulation and modeling of an entire IIoT network with thousands of edge-of-network nodes in a snap. So you can setup and test an entire end-to-end system within the Ignition ecosystem and all within arms length on a sunny afternoon.

But it gets even better than that. MQTT is an open standard (see MQTT.org) and compatible edge-of-network hardware devices which can talk practically any industrial protocol on the field side (Director Series) are available from Elecsys Corp.

Arlen Nipper of Cirrus Link is co-inventor of MQTT (in collaboration with IBM). Arlen has a long history with major Oil and Gas companies in data acquisition and control. The major problem has been how to communicate reliably to remote assets over low-bandwidth and unreliable links. The technology behind the Cirrus Link MQTT for Ignition solution has been in constant field use for many years. It is the successful response to problems well known in industry.
Posted by Steve at 3:59 PM

Great post! Thank you Steve. It wouldn't be possible without the Ignition platform.