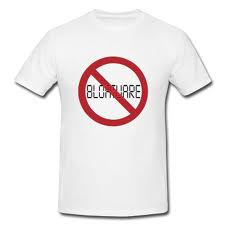 There was a thread on our forum recently that made the point of how fast and easy it is to install Ignition. I am so glad to see people notice this. It's a big thing. Just imagine your HMI/ SCADA/ MES server just crashed - like a hard drive failure. Now tell me how long it would take to reinstall, reactivate and get all of your projects functioning again. I shutter to think about how long it would take to restore some traditional systems.

With Ignition you're talking about minutes. Seriously, minutes. Even if you have fifteen projects on that one Ignition server this still holds true. (Is it even possible to have fifteen projects on a traditional HMI/ SCADA server?) You just download Ignition via Internet (a few minutes), install Ignition (a few minutes) and restore your single backup file (a few minutes). And with that single file restore all of your communication settings, database settings, project settings - everything is restored and you're good to go. And it will run for two hours at a time fully functional until you reactivate the license which only takes a few seconds. Some traditional systems make licensing reactivation a nightmare - that's crazy. Like kicking a dog when he's down.

Getting back to the main point, I'm really glad our easy install is being noticed by our users. We have so many firsts with Ignition it's easy to lose that message.

The question is, why are we the only ones? IMHO, I think most traditional software was created in the 90's and then tacked-on to, band-aided, and wrappered until it became bloatware. Possibly, as time moved forward and developers came and went (face it, no publicly held corporation is going to keep good developers for very long) later developers didn't understand what earlier developers did so they hacked. How else do you end up with GB installs now requiring DVDs for relatively simple applications?

Then again, maybe I'm wrong. Maybe it was just a lack of good vision and planning from the start. I don't know. All I do know is that it doesn't require DVDs, GBs or hours or days to install and restore a system unless you make it that way.
Posted by Steve at 1:06 PM