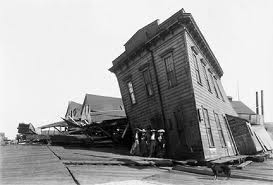 Nothing is worse than building your applications on a platform that's constantly in flux. When that platform is your very foundation, your apps are sure to crumble. Take for example COM and DCOM (superseded by .NET stuff), Mobile Windows (abandoned in favor of Windows Mobile 7), VBA (as of July 2007 Microsoft no longer offers VBA distribution licenses to new customers) which has been replaced by a whole string of stuff including Script for the .NET Framework, then VSA (Visual Studio for Applications), but that was deprecated in favor of Active Scripting, but then that was replaced, as far as I know, by VSTA (Visual Studio Tools for Applications) which programs against the .NET Framework. This last one requires purchasing the Visual Studio development environment and compiling your applications.
I couldn't stomach building on a shaky foundation like that, so we didn't. You also won't find me building a home on the San Andreas fault (San Francisco / San Jose area).
From a developer perspective, my vision was and is to develop on a platform that doesn't change for the sake of change. If it's going to change then I want it to change for a good reason. I think that the Java platform accomplishes just that. That is what we wrote Ignition in.
But what about the people who use Ignition? Well, they get Python. A beautiful, forgiving scripting language. No compiling, and it's just the same as it was seven years ago. If we do anything to it at all it will be to embed a newer version which will add features but not take any away.

Thanks for sharing your perspectives.
Unfortunately this kind of information is really rare, first because few developers have the opportunity to work on many technologies and understand how they historically relate to each others and of course because MS is hiding them and not communicating transparently on them since this is not really brilliant. :/