How many patches did that take??? 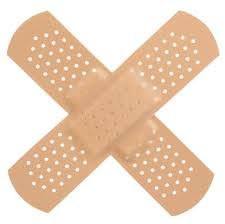 Wow! Our integration sister company was upgrading a major HMI vendor's software this last week and it took tons of patches and tech support to get it running. I won't mention this company by name but I will tell you that it has huge market share. Probably the largest.
So how long does it take a trained expert (in their software) to upgrade from one major version to a couple above that? Bear in mind that this end-user paid for and got all the software disks for this upgrade. Out of the box it didn't work. It took five support calls, two service pack upgrades, two patches and one hot-fix to get it mostly going. There are still problems with tag database importing from the older version and work is being done on getting graphics to come across the versions still.
Maybe from an integrator's point of view this is a good thing ... you know, lots of billable hours. But as far as I'm concerned those hours could be spent on something more constructive for the end-user of this software.
Later on in this chain of events this company learned that our sister company was the one doing the work and immediately made the mental connection with Inductive Automation (even though they are two separate entities). Then they refused to provide any further support even though the end-user paid dearly for annual support.
This I take as the ultimate compliment. The market leader petrified of us? Now that is real progress.
Actually, I don't blame them. When you consider that our install only takes three minutes, that it works first time every time and that we can even do hot upgrades it's got to be scary for them.
The biggest risk I run with my saying that is best reflected in my earlier post "The Three Minute Misconception" wherein an analyst told me he thought Ignition software would be good for only lightweight applications only because it only takes three minutes to install. Of course that drives me crazy because I know, as do our customers, that Ignition actually does far more for far less cost. About a 3–10x cost advantage and as far as functionality goes it leaves the rest in the dust!
Posted by Steve at 11:08 AM

I find this hilarious! In order to ensure top notch computer security, you're going to have to apply patches day in, day out - particularly with Microsoft.

But all this to get a piece of software to work? One word - absurd. First, there's no good reason for it. Second, it'll be impossible to support that kind of software model in this economy. Last, if all those patches are required to get the program running, you're surly not going to be able to install additional service packs or even patches in the future. I've been down that road before...there goes any serious chance at security...