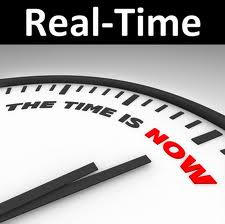 In 2002 Rockwell Automation wrote an article called Web-Based HMI: Beware of the Fiction and said, "If all you need to do is to look at a snapshot of historic information, then yes, the Web can do that. But if you need real-time plant floor monitoring and control, if you need to know immediately when some aspect of your system changes, if you need an alarm system that will notify you the instant something goes wrong, the Web is not yet able to provide that solution".
That was totally thinking "inside of the box", even in 2002, so in 2003 I wrote a counterpoint article called Web-Based HMI: An Emerging Trend? I concluded that article by saying, "Users are finally getting what they want – the functionality of an HMI with the economics of a web browser. The real question is not whether web based control systems are an emerging trend – they cannot be stopped, but rather which vendors are poised to jump on the bandwagon and deliver the technology."
Seven years have passed since then and where are we now? Today everyone has a web-based human machine interface available, even Rockwell. But there is one big huge difference between the players – the licensing model. The real question is, is it being sold by the server or by the seat? I almost choke every time I see a decent web-based system sold by the "named user" (which is actually a eupherism for "sold by the seat").
My 2003 article referenced a book called Seeing What's Next by Christensen, Anthony and Roth. The book introduces theories to predict major industry changes which I think you'll find interesting and which I think shed light on this industry. You should check it out on some rainy day.
Posted by Steve at 8:00 AM

I remember how that article infuriated me in 2002! At the time I was thinking - this may have been true in 1996. Don't let the year fool you. The .COM bubble had already came, popped, and my grandmother was using a web browser effectively. Web based control technology is long overdue, even for this resistive market, and here to stay.