Java and Manufacturing: A Perfect Match 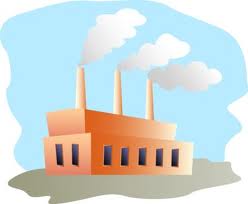 The expectation in the controls business is that most systems should last 15–20 years. Walk through any (older) facility and it's normal to find controllers at least that old. But unlike hardware most industrial software never makes it that far. The reason can be found here in my earlier post.  Operating systems change and software technologies come and go. This wreaks havoc on most industrial software applications since they're built on top of these.

Look at Silverlight. Silverlight delivers stunning graphics with minimal programming. When Silverlight was released quite a few software companies adopted it. But it now appears that Microsoft has abandoned Silverlight in favor of HTML5.  In this business, the longevity of technology is far more important than sparkle and glamour.

I know an industrial software specialist who worked for a competitor. He told me whenever Microsoft released a new update his phone would ring off the hook. He dreaded it so much he would stop answering his phone for the rest of the day.

We've been using Java since 2003. The Java Runtime Engine (JRE) creates an insulating layer between Java applications and the underlying OS. This insulates Java applications from disruption when the underlying OS changes, i.e. patches, security updates, upgrades, etc. What Java gives up in glamour it gains in stability and longevity.   Java changes for all the right reasons and none of the wrong ones (greed).  We chose to build on Java with this in mind.  But I've had to wonder about it because for many years no one else was following suit.

Then a couple of years ago I discovered a motion control system that was configured and programmed via a Java WebStart client and I felt vindicated. Not only does this provide longevity but it guarantees you'll always have access to the correct version of the designer tool (what a novel idea!).

But that's not all. Last week I heard a rumor that a major automation vendor is migrating all their software to Java. Since they haven't formally announced it I won't spill the beans and steal their thunder. But you'll be hearing about this soon enough. It's satisfying to know now that we set the trend and that others are finally catching on.

Java delivers on the software end what matters most – longevity and stability.

As it should be, JAVA was originally developed by the SUN CIM group for process control.